I miss a lot of foods on my restricted diet, but dairy is one of the ones I miss the most. I’ve had issues with dairy for years. It was one of the first foods to be eliminated from my diet. For about 4 years I would move dairy in and out of my diet as my health indicated, but for the past 3 years dairy has been on my strict list of things I do not eat. It gives me horrible symptoms that are embarrassing to even mention. Suffice it to say, I have kept well away from dairy since realizing what it does to me.

One of the things that made me hopeful early on in GAPS was the possibility of adding dairy back into my diet. I’m taking the first baby steps towards doing that, and it seems to be going fairly well. 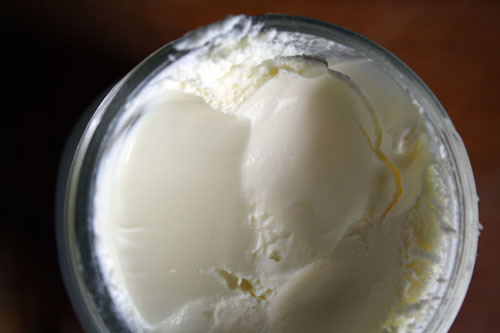 GAPS has a fairly strict schedule for introducing dairy. It moves very slowly from the most-tolerated form of dairy (ghee) to the least-tolerated form of dairy (commercial cheese and yogurt). After about 4 weeks on the GAPS Intro Diet, I began to use small amounts of ghee. Ghee is butter that has been filtered of the milk solids, which are the proteins that cause allergic reactions. This went well. I stuck to ghee for 6 weeks, and then began using small amounts of organic butter. At first I just put a little dab on my veggies, or in my soup, but I worked my way up to cooking with large quantities of it.

Just a few weeks ago, I thought maybe it was time to try the next step–homemade yogurt and sour cream. I had read that some folks do better on one over the other and after some research I decided I was one of the folks who would likely do better on sour cream, so that’s where I started.

If I had known that homemade sour cream was so ridiculously easy to make, I would have made it a long time ago. I made French sour cream which is called creme fraiche (pronounce it:  krim fresh). There is a recipe in the GAPS book, but it is way more complicated than the one I used from my Nourishing Traditions cookbook. I’ve posted the recipe, if you can call it that, below. 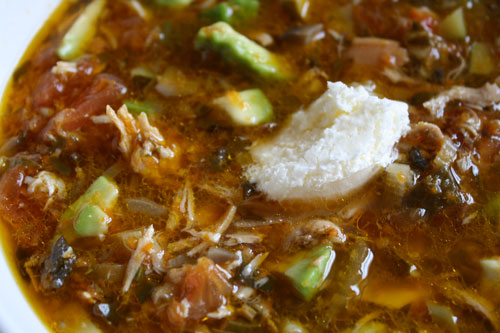 I allow myself a small dollop each day. Sometimes it goes on my eggs, sometimes in my soup. One day I got overly confident and put it on my eggs and in my soup. My tummy was quick to let me know that that was not okay and I’ve backed off since then.

I’ll be spending another month or two with the creme fraiche before moving on to the next step. That’s okay, because I’m already scheming ways I turn it into ice cream.

And the Winner Is….

The winner of last week’s Pollen Ranch giveaway is #12 Amanda M. Congratulations! You should receive an e-mail shortly with instructions on claiming your prize. HELP! Top Ten Cooking Flubs and How to Fix Them

Every cook has one, or two or likely many more cooking blunders that left them embarrassed or boiling mad. We all have our shining moments These giant funfetti sugar cookies are such a fun and cheerful way to celebrate birthdays or even the beginning of summer break! I’ve been working A List of Kitchen Tools Every Cook Should Own

If you’re new to cooking homemade meals, you might be curious what tools you need in your kitchen. Do you need lots of fancy gadgets